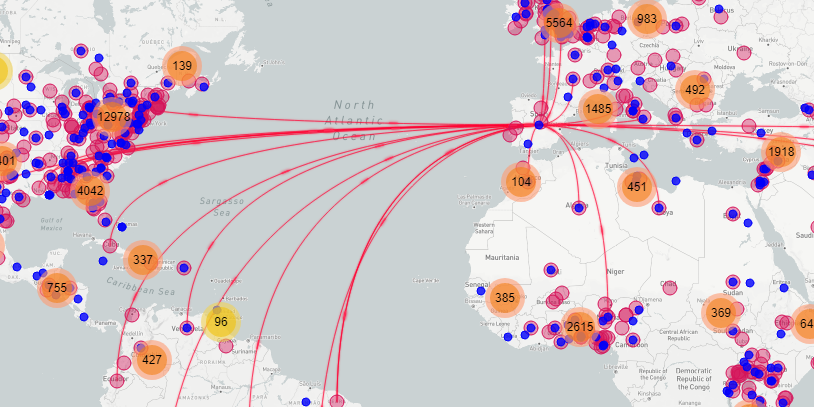 Traffik Analysis Hub (TAHub) has opened its first regional office of representation in Latin America in partnership with Pasos Libres, formally appointing its CEO, Sebastián Arévalo Sánchez, as TAHub’s Latin American Regional Representative on 1st January 2021. Fundación Pasos Libres was one of the earliest participants and the first Latin American organization to join the TAHub in 2019.

The TAHub is the first-ever global data hub to facilitate the sharing of information about human trafficking across all industries and sectors, formed with the overall aim to disrupt the economic fundamentals of trafficking and exploitation. It was created by IBM and STOP THE TRAFFIK Global and already contents the richest global dataset on the issue and has 71 participating organizations worldwide.

The Latam Regional Office opens in a context in which the anti-trafficking organizations and other essential industries work in silos, unable to share information, data, processes, and objectives in their effort to eradicate human trafficking. Therefore, in the words of Sebastián Arévalo, “the main goal of the Regional Office led by Pasos Libres will be to unite every Latin American country and organization around disrupting human trafficking through data-driven collaboration, intelligence analysis, and continuous research.”

Currently, the TAHub’s Regional Office is working to include more financial institutions, law enforcement agencies, government entities, international cooperation, companies, and non-profit organizations as authenticated participants of the initiative. It also is collecting human trafficking data from the continent and supporting the Latin American partners to do the same in their own countries.

To request a Demo, visit www.traffikanalysis.org or contact Fundación Pasos Libres by sending an email to tech@fundacionpasoslibres.org